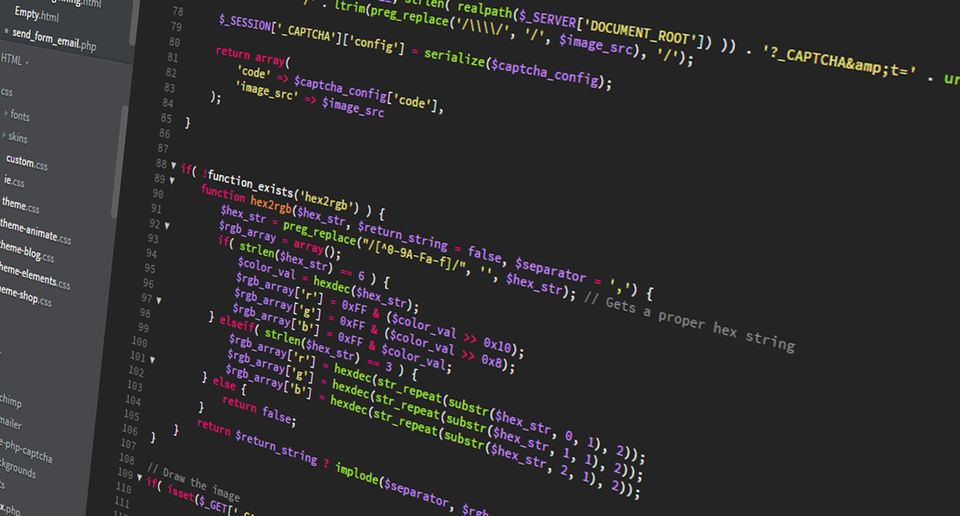 One of the famous frameworks among the web developer community is Laravel. It specializes with its elegant syntax and is quite expressive too. Top software development companies were using this framework to enhance their project in a highly customized manner. The reason behind the popularity of this framework is, that some features such as authentication, routing sessions, and caching can be done easily than other frameworks.  The functionality of this framework gives an effect on less experience to build the project for the developer. The tools that are rowing down for this framework, provides an easily accessible method to approach the Laravel.

By using the Laravel framework, there are multiple features make your application look good such as inversion of control container, expressive migration system, and tightly integrates unit testing support. These tools give an ability to build any kind of application with ease for the developer. To develop the Laravel framework, certain tools can be quite beneficial for the developer.

To develop a website using the framework, Laravel with help of PHP, some tools are required to ensure your application with high status. You might not know that this framework is one of the top frameworks due to its customized services among the web development companies. Thus I have listed down the useful tools that the Laravel Development Companies use for Laravel Web development services:

It is one of the coolest IDE that collides with Laravel in a suitable approach, as it runs smoothly with the help of it smart code navigation and certain factors have been involved in this criteria like allows fast and safe refactoring, easy debugging and testing and also the code format is well organized.

You may experience that IDE is a crucial part of development when it comes to increases the productivity of the developer while saving time at debugging codes but the developers who prefer PHPStorm will travel a seamless performance.

Git services are common around the developers, where according to the function, both GitHub and BitBucket plays a similar role, even though you need to decide anyone to work, that can be based on the structure of the project and its requirement. Let me describe you, if you were a person who works as a freelancer to develop a project, that is based on small enterprise and decided to use the Laravel framework, then it will be appropriate to work with BitBucket because you can able to avoid sharing the code repositories, can have a limited number of collaborators and requirement of private repositories. For these following plans, BitBucket is suitable to give unlimited access to the private repository, by allowing a max of 5 collaborators in the free plan itself. And if you are a person, looking for open-source projects, the unlimited collaborators in GitHub make the best choice for the developers working with the Laravel framework. In the Git repository, it’s easy to pull and push the code as it automatically merges the code with changes and tracking the time.

To debug the application, which has been built by the Laravel, the tool called Laravel debug bar is used. Let me give you a screening data. The queries tab of the debugger displays the number of queries that have been removed. It also shows the route is called, the templates that have been rendered along with the passed parameters in detail. You can also add the message using the façade and that will appear under the message tab.

The migration process in the Laravel framework is a controlled version of the database. It allows modifying and sharing the database schema of the application.

The database schema of the application can easily build as it is paired with the Lrav3l’s schema builder. Consider if your teammate has made a mistake by adding a column to the local database manually and facing issues then the database migration can repair this mistake. And also if a new developer has joined and you don’t need to share the entire SQL dump with him, then by using migration you can do that.

Entrust is a process based on adding the role-based permission in the Laravel application. It consists of 4 tables such as Role, Role User, Permission and Permission Role. Under these categories, the roles are set up at different levels. It works on other models like User, soft deleting, short syntax router filter, route filter and such in Entrust.

This tool is important and required by most of the developers who work on Laravel Web Development Services. It creates a backup of all the files that are used in the application.

It offers a zip file in means of backup. It contains all the files in the directories that you have specified and also consists of all the dump of your database in the project directory. And the most appreciating feature of this tool is that the backup can be stored on any file-system.

Most of the application requires a security gateway to ensure the details of the user with care. Thus it follows certain processes to verify the web application, such as email verification, mobile code verification, etc. This tool provides a convenient method for the user to send and verify the user’s data, where a verification link is sent to the user on the registered email id or to their registered contact number to confirm it.

This tool is popular in the Laravel framework to create a seamless way to handle the authentication in terms of allowing the user to login via social networking services like Facebook, Twitter, LinkedIn, Google, GitHub, and BitBucket.

The function of this tool is amazing as you can interact with the project from the command line that is in using the Laravel framework. It also allows for accessing all the events and objects.

You may come across Google’s ‘reCaptcha’. It is used to validate and project the user confirmation. For this purpose Laravel tool is required which allows Google to keep away the spams.

Laravel Templates start to gain a lot of digital space, as they save you up to 90hs of development and design. Creative Tim launched a series of Laravel templates.

The dashboard is packed with a huge number of handcrafted UI components, charts, maps, tables and more. In short, everything you need for your next app.

All components are fully implemented and can take variations in color, that you can easily modify using SASS files.We want the design process to be seamless, so switching from prototype to the real thing is very easy. 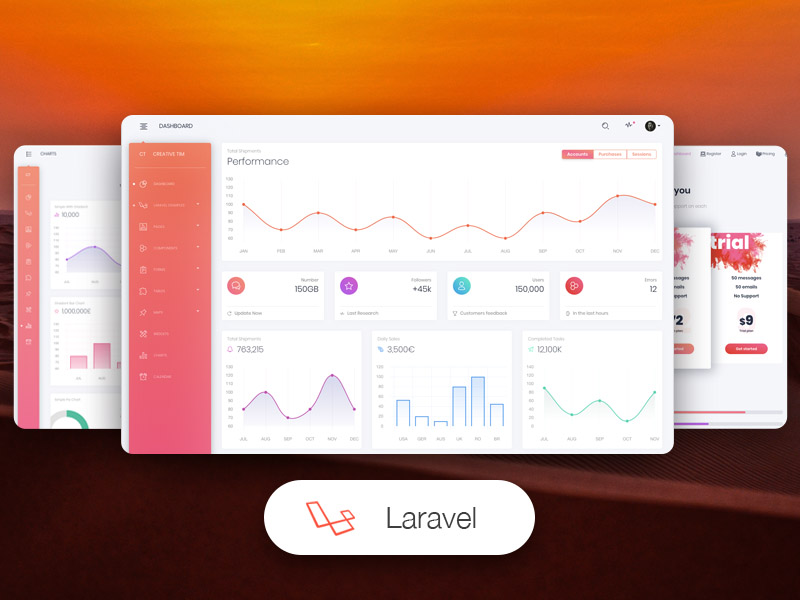 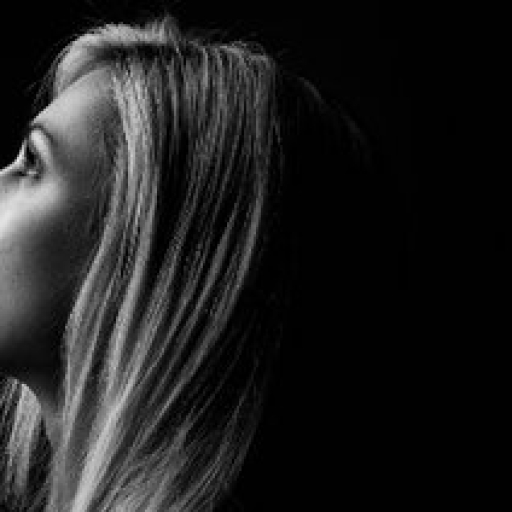 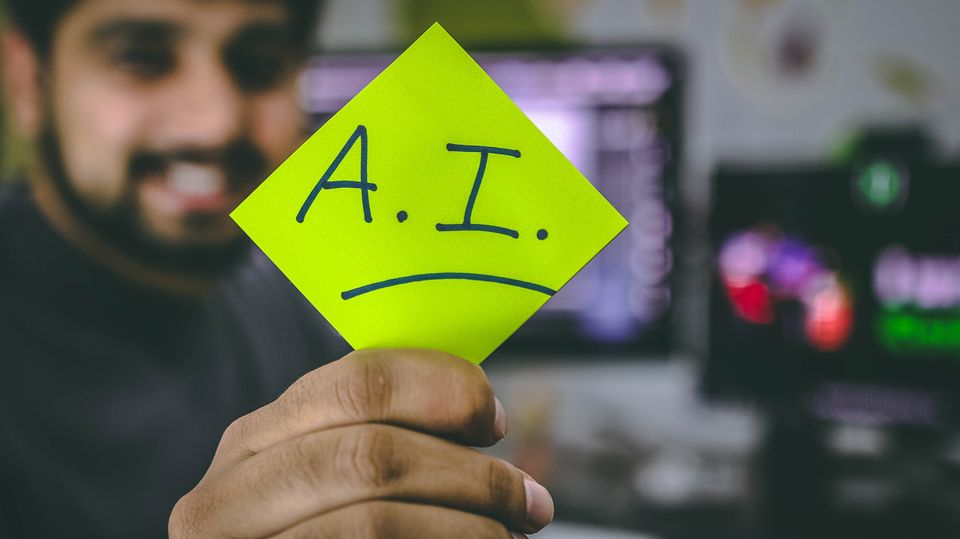 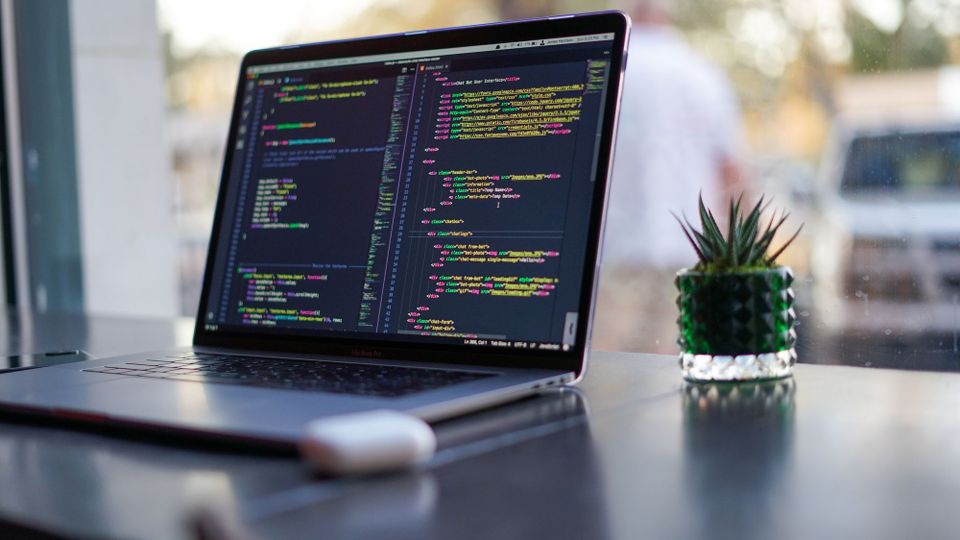