The root of the development of mobile apps is based on traditional software. But in the end, we all want some impeccable features of the mobile apps in our Smartphone. But almost all apps which have been introduced so far are engineered in such a way that it will get restraint due to the limitations of the hardware of Smartphone.

It is known that several processes and procedures are associated with mobile app development. The developers have to consider many pertinent aspects too while developing the mobile application. Moreover, the development of mobile apps cannot be performed without accessing the SDKs.

It is the abbreviation of Software Development Kits that assist the developers in developing applications by providing the Stimulated Mobile Environment. As the days are passing, new challenges get built in front of the developers. That’s why various platforms and technologies are invented to shatter off the problems. You can understand it explicitly with the help of an example.

According to Statista, in 2018, there were only 2 million and 3.8 million apps can be found in the Apple App Store and Google Play Store respectively. But with the assistance of these top-notch technologies, it is expected that $189 billion revenue can be reached only by app advertising and app stores in the last of 2019.

So, now the developers are all set to overcome the limitations with the incorporation of mobile app development tools. It is because of these developments sectors which have the most significant contribution for attaining 197 billion apps download directly from 50 billion at the end of 2017.

The limitations can be significantly addressed with the help of OpenSource Backend Technology. Backend-as-a-service of BaaS even helps the developers to diminish the restrictions which come from the boundary of the handset.

So, now the developers have to play a crucial role in selecting the mobile app technology stack. But before that, let’s check how the mobile apps can be greatly benefitted from its services:

Mobile apps are reliable applications for performing various types of works. Nowadays, owning a Smartphone means to step forward to the digital world. Saving the information on these applications is very common because people can perform various tasks hassle-freely. Moreover, it is designed in such a way so that, a person doesn’t have to fill information each time for any purposes.

Some confidential information is also stored especially details of credit card, debit card and account number for shopping. With the assistance of BaaS, developers have highly secured the processing both for using the app and getting its access. Furthermore, the associated issues with the security of the app are addressed as well.

An Introduction to Open Source Platforms for Developing Mobile Applications

A Comprehensive Guide To improve the mobile app Design

You must know that there are some mobile applications which have been specifically designed to support a single operating system. It is one of the significant issues which have neglected for long. Due to the lack of proper technology this issue cannot be solved. But BaaS is the only mobile application platform which has prioritized the demand of the people.

It incorporates the app developers to develop the apps which can perform seamlessly on every operating system despite Android, Windows, and iOS.  It is because this unique technology is superb in facilitating both applications of cross-platform and native which promote the compatibility of the app.

Can you say what the main thing we look in for an app after being downloaded is? It is its usability rate. Though there is no option to calculate it, we assume it based on its User Interface. If you have any old Smartphone, you can clearly distinguish it by opening Facebook; you will find that some facilities are missing and some are so complicated to use.

But the apps which are developed and updated with BaaS are superb for their highly-intuitive and user-friendly interface. As cross-platform mobile app dev has easy UI, it improves the app with this facility too.

These two are the prime requirements of the mobile application. It facilitates apps with lots of small yet useful features. So the combination of CRM and ERP is necessary, and it is only BaaS which has understood its necessity. BaaS is the only platform which builds the mobile application by developing this significant integration because it supports integration with both CRM and ERP.

IDEs or Integrated Development Environment is a separate platform which is designed by the developers. Not all platforms of developing mobile apps provide this speciality. It is only possible because of BaaS. This platform has been emphasized on the future goals and demands of the people.

So, with its incorporation, the developers can set up a specific platform to update the apps in the future according to the demand of the people. It even allows the developers for an easy up-gradation to make it perform seamlessly.

BaaS is the only platform for developing mobile apps which ensures the alliance with the third party. It mainly integrates with tools and technologies that create a significant impact on the app. That’s why you can notice that nowadays the apps can run consecutively with some applications.

Furthermore, this integration allows the developers to update the existing system of back-end and make it perform seamlessly. It also ensures the infrastructure of the apps at the same time.

These are the unique ways by which the mobile apps get benefitted from the OpenSource backend technology. Not only are the developers helped with this technology but also the users at the same time. Whenever you learn mobile app development, you can know about the other platforms of app development as well. It will allow you to contrast among each and other and choose the ideal one for the development and up-gradation of mobile apps.

Maria Brown is Chief Content Editor, Blogger and maintaining Social Media Optimization for 21Twelve Interactive which is one of the top iPhone App development company in India and USA. She believes in sharing her strong knowledge base with a leaned concentration on entrepreneurship and business. She also writes for Top Mobile App Development Companies. Follow her on @Twitter. 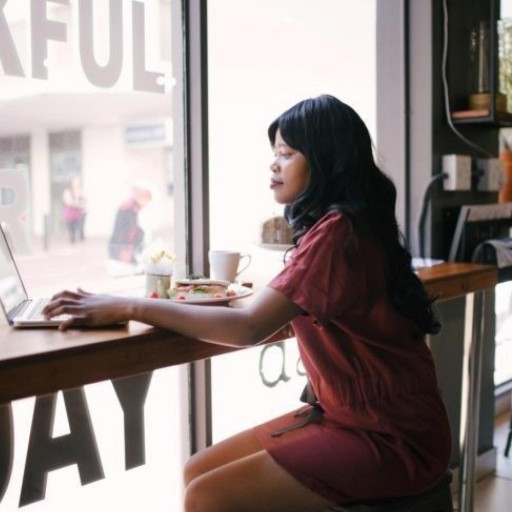